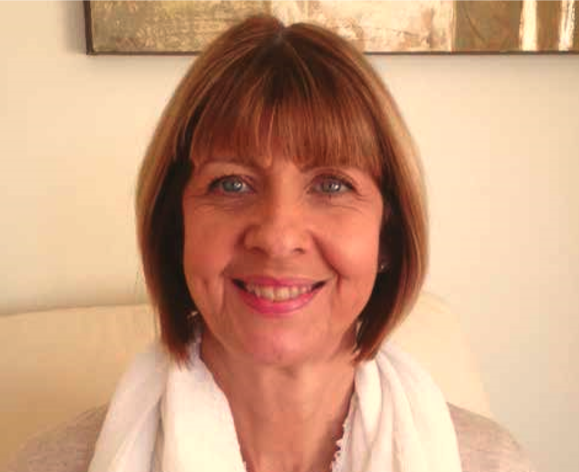 Shortly after my 35th birthday, I was admitted to hospital suffering from chronic alcoholism. I had everything to live for yet was unable to stop drinking. I came from a loving family, was well educated, had a good earning capacity and had married a kind, gentle, loving man who provided a beautiful home for me and our three sons.

On admission to hospital I was two stone underweight, had an enlarged liver and my skin had a strange yellow hue. I had no financial worries or health concerns (other than those caused by my alcoholism), a wide circle of friends and no external circumstances which could justify my drinking and my complete inability to leave it alone no matter how great my desire to do so.

Through the kindness of my husband, doctor and friends I had been given access to every available means to do something about my drinking. This included counselling, medication and reward-based abstinence – my dear husband would promise me a holiday, a new car, even a new kitchen, if I would only stop or control my drinking. There were brief periods of abstinence but they never lasted.

I had taken my first drink aged 15 and over the ensuing 20 years alcoholism had crept up on me. What had seemed for many years to be my friend had become my vicious master. I was drinking to satisfy a need far beyond my control. I had even attended meetings of an organisation which seeks to offer a programme of recovery to alcoholics. Yet again I managed a brief period of abstinence only to drink again after a matter of weeks. At these meetings I heard various people mention God or a higher power which had helped them.

I was an ardent, angry atheist and immediately dismissed these people as foolish and deluded. I’d been convent educated and rebelled utterly against any conception of God (Christian or otherwise). I’d basically taken the reins of my life as a very young teenager and run things my own way with a complete disregard for any spiritual dimension. I had decided I could be kind, thoughtful, loving and giving on my own terms (although I must say if you lived with me over any period of time you would not use those adjectives to describe my behaviour!). As somebody said to me, “The shop window looked nice but what was going on in the stock room?” Well in my case I was suffering from complete spiritual bankruptcy and utter ignorance of my condition.

On admission to the hospital which specialised in the treatment of alcoholics and addicts I was given my own room. A very kind person I had met at the group meetings I attended had heard I was there and drove out to see me. She suggested I try and talk to God and when she left me I just felt sorry for her! However, I did start to think about what she’d said as I walked in the grounds. I returned to my room and sat on my bed. Deciding I needed a distraction I opened the bedside drawer hoping to see a copy of Vogue, Cosmopolitan, OK or Hello magazine. Instead there was a Bible. I picked it up and began to flick through the pages and I stopped randomly in Luke’s Gospel at Luke 7:37 which begins,

Immediately I read those words I knew what was wrong with me. I fell on my knees besides my bed and whilst reading through the rest of this chapter I wept bitter tears in the knowledge that Jesus was real, God existed and I had been blessed with the gift of life which I’d spent 35 years living in sinful rebellion and in denial of the very existence of my Creator and Father. How could I have been so blind?

An enormous sense of peace swept over me and I felt the presence of my loving Father in my mind, heart, soul and body. My only fear was that, if I slept, the peace I’d experienced would be gone by morning. On awakening it was still there and has never left me. I knew there and then that my drink problem had been removed and, by God’s grace and miracle-healing power. The thought of a drink has never entered my head. I remained in hospital for a further three weeks. Although my physical health also improved immensely I had agreed to stay for a month and I knew my family would be more convinced by my actions than my promises which I’d broken so many times.

My middle son started nursery and I met a lovely mum in the playground who was also a parent and I also met her husband. They were so warm and friendly and we chatted each school day for a couple of weeks. It transpired he was the Pastor of a local Baptist Church. They invited me along and I have been a very grateful and happy member there.

Life has not always been plain sailing. My husband died very suddenly and relatively young from a heart attack when our sons were aged 11, 13 and 19, but God has never left me. I can only ever give Him thanks that He sent His Son the Lord Jesus to die for me, become a sin sacrifice in my place, and to purchase my freedom and give me eternal assurance of life.