From our ShareWord Global partners ministering in a hospital in Peru:

"This is Rafael. We prayed with him on the weekend and gave him an Esperanza (Hope) magazine. A few days later I went back to visit him he was no longer in his room. The nurse told me that he had been moved to another ward because his condition had improved and so I went looking for him. 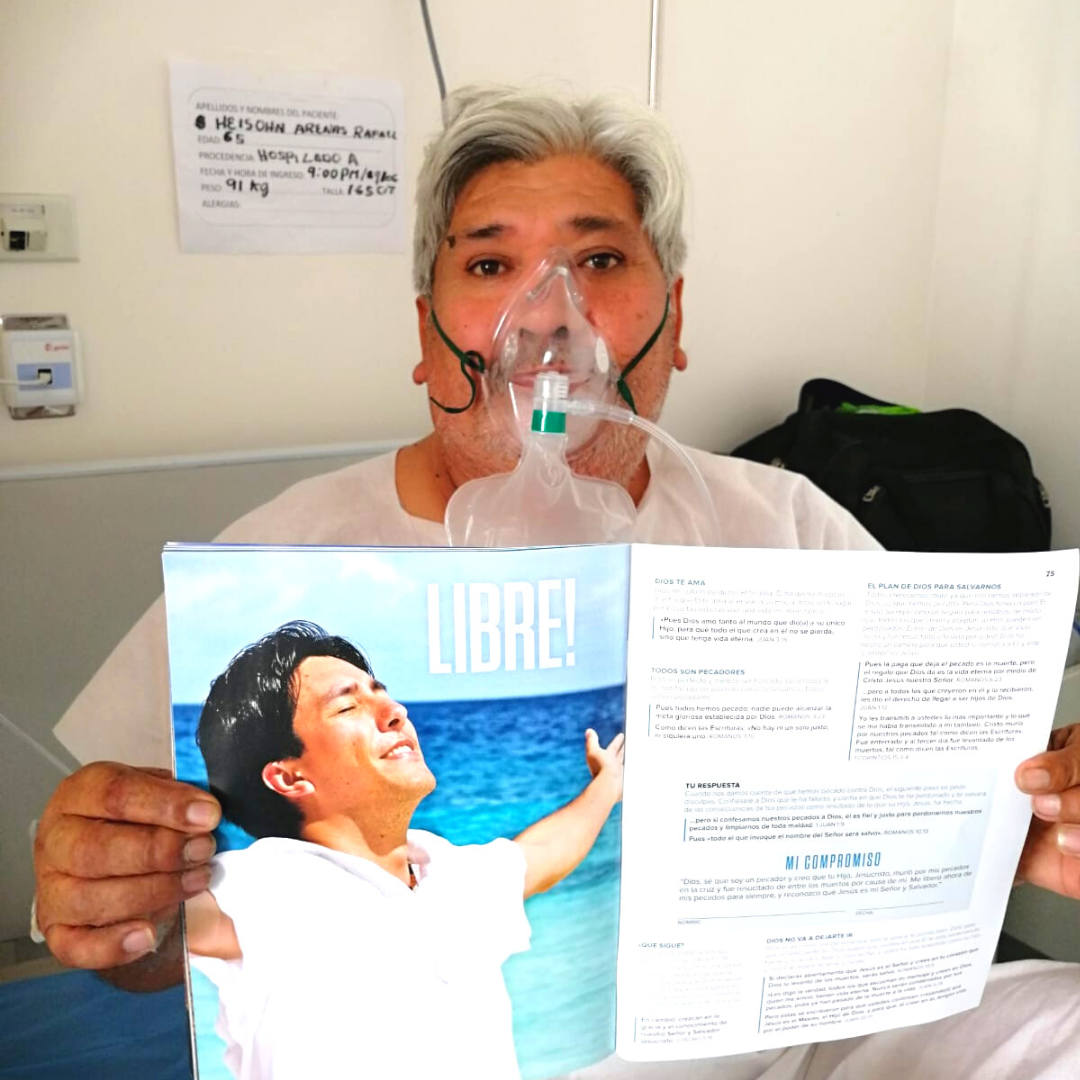 When I entered his new ward he looked at me and grabbed the magazine with excitement, opened it to this page and said,

Look what I found in the magazine. On this page it says ‘Freedom’ and that is what I am now, I am free!

He was so excited and he spoke to me about his new life and the plans he has for the future. All the while his roommate was listening. Before I left he asked if he could also have this freedom that Rafael was talking about! So we prayed together and he received Jesus. One magazine, two souls!"